WHAT PERCENTAGE OF AN ICEBERG IS ABOVE THE OCEAN? – EdMaths
Skip to content
Welcome: Order your favourite Physics textbook, "Calculations in Physics for College Students - Olaitan S. O.". Practice papers for students from Nursery 1 to SS3/Year 12 are available for free. Problems on Physics and Mathematics are solved here and Science news are available. Also, packs of IGCSE and Checkpoint past papers (Hard copies) are available. If you’re interested, you're welcome. 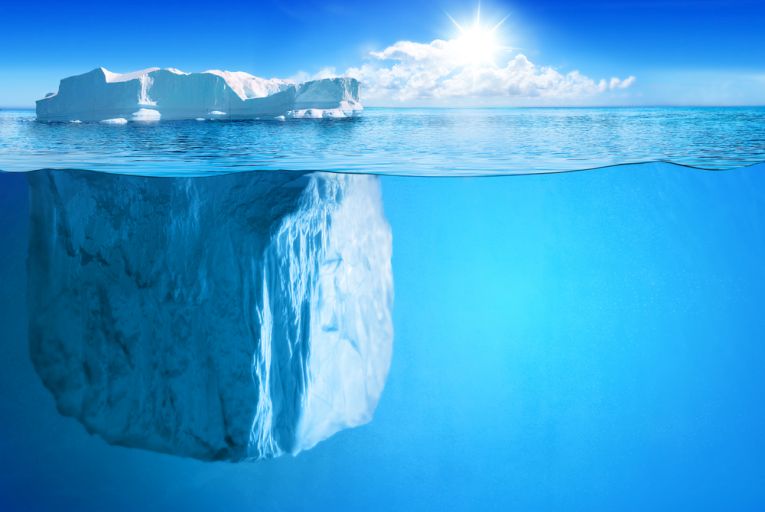 An iceberg is simply a massive piece of ice floating on the surface of the water in the oceans. It is made up of frozen fresh water. Icebergs break off from snow-formed glacier or polar ice and drift into the oceans. They constitute danger to ships. Remember, ‘Titanic’ sank when it struck an iceberg.

The part of an iceberg that is above the ocean is less than 10% of the entire iceberg. That is reason why that part is referred to as ‘The tip of an iceberg’. Over 90% of an iceberg lies below the surface of the ocean.
(Photo Credits: Niyazz/Shutterstock)

4 thoughts on “WHAT PERCENTAGE OF AN ICEBERG IS ABOVE THE OCEAN?”