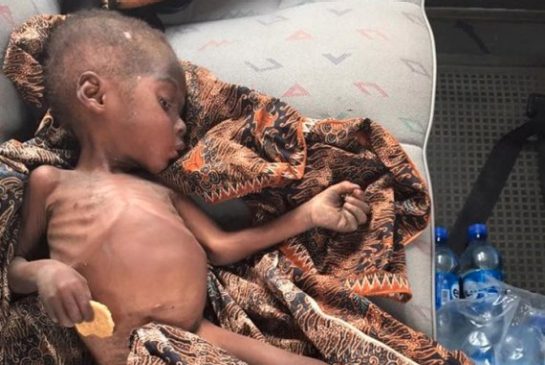 One of such wicked and demonic actions is the case of an innocent Nigerian boy who was accused of witchcraft and left wandering streets for eight months without being provided with food. He was eventually rescued, after being discovered naked and wandering the streets on January 31, 2015, by Anja Ringgren Loven, a Danish woman living in Africa. If not for the rescue effort of the Danish woman, the boy would have died long ago.

The most unfortunate aspect of this satanic belief of children being “witches” is the fact that there are many Pastors and Imams who preach this stupid belief to their congregations. Some of the congregants take the stupid belief hook, line and sinker home and unleash terror on their innocent children all in the name of being “witches”. Some of the innocent children are burnt with hot metal on parts of their bodies!

The case of rescue of twins by Mary Slessor in Nigeria comes to mind. Before Mary Slessor stopped killing of twins around 1880 in Calabar, Nigeria, twins were normally killed! Twins were considered demons! It was considered an abomination for any woman to give birth to twins.

It is high time we Africans stopped these barbaric wicked belief and actions against the innocent children. Governments at all levels can help to put a stop to this menace. It is still prevalent among some people in Africa.
(Photo Credits: www.metro.co.uk. www.thestar.com, www.davidwolfe.com)